Is Your Childhood PTSD Affecting Your Adult Life?

When many people hear the term “Post Traumatic Stress Disorder” or PTSD, they picture war veterans, survivors of violent attacks, or people who have been through a natural disaster. However, PTSD can also affect children, especially those with adverse childhood experiences (ACE).

According to the National Institute of Mental Health, 4% of children have been exposed to trauma significant enough to yield PTSD. Out of that 4%, only 7% of girls and 2% of boys actually receive a diagnosis of PTSD. This means that large percentages of children who have experienced PTSD are not receiving the proper treatment. As a result, their PTSD can continue to affect them throughout their lifetime. 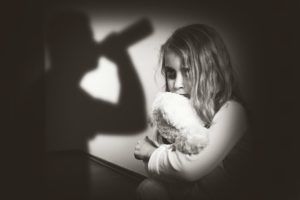 What is Childhood PTSD?

PTSD is characterized by a pattern of behaviors that indicate a child is not able to overcome the trauma of a specific disturbing event.PTSD can be caused by something physically or emotionally terrifying that either occurred in an individual’s life, occurred in the life of a person close to an individual, or was witnessed by an individual. Some possible examples of situations that could cause PTSD are:

Furthermore, children who experience early childhood trauma, or trauma that occurs before the age of 6, can experience developmental issues with their brain cortex, and it has even been found that early childhood trauma can cause the brain cortex to be smaller than normal. With this, children can experience possible problems with memory, attention, perceptual awareness, thinking, language, and consciousness. Children may also have an inability to regulate their emotions, may become overly fearful, and their IQ can also be adversely affected. 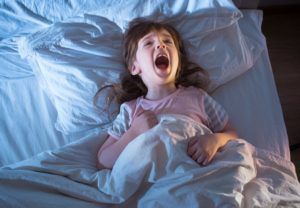 However, trauma can affect children at any age. After a traumatic event, children can experience both emotional and physical responses. Emotional responses include feelings of fear, helplessness, or being trapped. Physical responses include pounding heart, vomiting, or losing control of the bladder or bowels. Both types of responses can easily overwhelm a child. Any situation that causes a child to fear for their safety or the safety of others can act as the catalyst for them to exhibit PTSD symptoms. PTSD symptoms may occur right after the event, or they may suddenly occur months later.

Childhood PTSD can be Complex PTSD:

Complex PTSD, or C-PTSD, describes traumatic events that are chronic, long-lasting or repeated. While PTSD usually results from a short-lived traumatic event, C-PTSD is generally associated with individuals who have experienced some variation of physical or emotional captivity. This is usually a result of childhood sexual and/or physical abuse or domestic violence, however, it can also result from any series of events in which the victim cannot escape the control of another person.

In children, C-PTSD often occurs before the child’s cognitive abilities and sense of self have fully developed, thus affecting the way the brain and communication systems will eventually develop. In children with C-PTSD, the brain learns to constantly assume and respond to small signs of possible threat. As a result, the body is constantly flooded with adrenaline and cortisol.

Since fighting back or running away rarely is an option, the child will instead shut down, dissociate, and freeze. However, the adrenaline and cortisol continue throughout the body, affecting the immune system, digestive system, and possibly causing psychosomatic symptoms to develop.

How PTSD and C-PTSD Affect Adulthood:

Since children are often unable to understand that their body’s response is a reaction to chronic trauma, their behavior patterns follow them into adulthood, even when their environment is seemingly safe. As a result of responding to constant trauma, their stress response is hyperactive and causes an increase of adrenaline and cortisol at the slightest perceived threat.

This can cause problems in personal relationships and in the workplace. It can also cause individuals to try and override the stress response by indulging in high levels of drugs, alcohol, spending, sex, and working. Others inadvertently try to recreate the traumatic childhood event through behaviors or relationships either because it is familiar or because they are trying to fix it.

Often times, individuals who have undergone some form of chronic childhood trauma experience problems regulating their emotions. This can be exhibited through severe depression, suicidal thoughts, or problems controlling their anger.

Some other symptoms that develop as a result of chronic trauma can include: changes in consciousness, personal relationships, and how they view themselves, the perpetrator, and the world. Depending on the nature of the traumatic event, the individual may either experience dissociation or repress memories of the event, or experience flashbacks where they relive the event. Problems with personal relationships are also likely to occur, as individuals who have experience chronic trauma often isolate themselves and do not trust others easily.

Are you experiencing adult symptoms of childhood PTSD or C-PTSD?

A study of adverse childhood experiences (ACE) developed a measurement system for determining the extent of childhood trauma and then evaluated how this affected the emotional, social, and physical well-being of adults later in life.

To determine your ACE score, you will answer 10 questions pertaining to personal trauma and trauma related to others around you. While the ACE test can help determine trauma levels caused from physical abuse, verbal abuse, sexual abuse, physical neglect, and emotional neglect, it does not account for other types of childhood trauma such as: racism, bullying, watching a sibling being abused, losing a caregiver, homelessness, surviving/recovering from a severe accident, and many more.