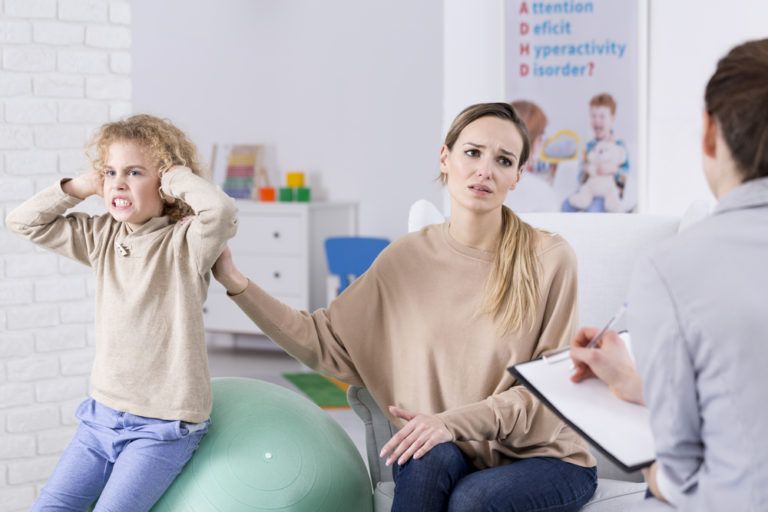 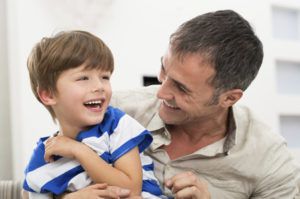 Understanding the symptoms, diagnosis and treatment of ADHD is a complex process––especially if a loved one is suffering from symptoms. Although this disorder has been around for more than a hundred years–– the first documented symptoms was recorded in 1902, by Sir George Frederick, an English pediatrician––it did not become officially recognized by the mainstream medical community until the late 20th century. Even today, there is still no definitive physical testing available to diagnose the disorder, and ADHD is easily misdiagnosed due to the fact many other conditions present with similar symptoms.

According to the Attention Deficit Disorder Association, ADHD, or Attention Deficit Hyperactivity Disorder, is “a highly genetic, brain-based syndrome that has to do with the regulation of the executive functioning skills that regulate behaviors.”

Brain functions that fall into the category of executive functioning skills include memory, concentration, effort and motivation, impulsiveness, development of organizational skills, the ability to learn from mistakes, hyperactivity, and social skills.

Treatments for the two forms of Attention Deficit Disorder are somewhat similar: most medications for the disorder target concentration, impulsiveness, memory, and organizational issues. However, depending on the patient’s particular symptoms, their treatment plan, including medication type and dosage, may vary significantly. For example, a patient with ADD will not need a medication that targets hyperactivity problems that are associated specifically with ADHD.

A definitive cause for the disorder has yet to be established. However, researchers have narrowed the causes down to being any one or combination of a chemical, structural, or connectivity difference in the brain that is generally a result of genetics.

Since the genetic marker associated with ADHD has yet to be deciphered by geneticists, there is no genetic or chemical based tests for this disorder. So all genetic aspects of the diagnosis process are through verbal reviews and interviews with family members. Often these interviews are unreliable due to insufficient medical histories, or family members who may have the disorder having never been diagnosed. Having part of the diagnosis process include unreliable word of mouth information increases the difficulty when attempting to calculate the number of cases that have been considered an inherited cause.

Scientists have been able to disprove that ADHD is a result of head injuries, poor parenting, digital distractions, and traumatic events. Recent research shows that ADHD is triggered in certain individuals by abnormalities in the neurotransmitters, specifically norepinephrine and dopamine, when stimulating communications from neurons to other areas of the brain.

Although scientists have disproven that eating foods that contain food coloring are indeed a cause of ADHD, studies have shown that patients with general hyperactivity do have positive results in treating their hyperactivity when food coloring is eliminated from their diets. This crossover effect is why food coloring was originally mistaken as a cause for ADHD and is part of what makes diagnosing and finding the correct treatment plan difficult.

For an individual to be diagnosed with ADD or ADHD, they must exhibit a minimum of six specific symptoms per category (depending on the age of the patient this could be five instead of six), within each of the two separate categories as prescribed by the American Psychological Association. Symptoms should also be consistent for a minimum of six months.

An individual may have Attention Deficit Disorder (ADD) without having the hyperactivity aspect of ADHD, which is why there is a two prong checklist for symptoms. The two divisions and symptoms within those groups to be considered are:

There are additional criteria that need to be met in order to receive an ADHD diagnosis. However, the symptoms provided above are adequate for a home evaluation of the possibility of an ADD or ADHD diagnosis. If you have concerns that your child may have one of the forms of Attention Deficit Disorder, you should make a list of the symptoms that your child is exhibiting and schedule an appointment with your pediatrician or family doctor.

Since there are no formal medical tests for diagnosing ADD or ADHD, the diagnosing process relies on subjective reviews from both a physician and psychiatrist. With the prime demographic for individuals with ADHD being children, pediatricians will tend to have more knowledge and experience dealing with diagnosing this disorder than a general practitioner.

It is important when going through the diagnosing process to do your research on the professionals that are involved with your child’s case to assure that they have the knowledge and background required to make an ADHD diagnosis.

Between the mid-1990’s and early 2000’s many cases of ADD and ADHD were misdiagnosed due to lack of knowledge on the part of the professionals involved as well as a rush to bring the child in question in line with defined social norms. This lack of knowledge and rush to diagnosis, combined with the numerous other diseases and disorders that are often confused with Attention Deficit Disorder caused many parents and members of the medical community to think that ADHD was being used as an excuse to medicate unruly children.

Unfortunately, these misdiagnosed cases created a substantial debate among the medical and pharmaceutical industries that left parents uninformed and in search of the best way to help their child. However, recent studies and more accurate information on what causes Attention Deficit Disorder have made diagnosing and treating the disorder much more reliable.

Although, there is still no definitive diagnosing test for ADHD the diagnosing process has improved; due to years of research and a better understanding of what Attention Deficit Hyperactivity Disorder is and does in the body. This deeper understanding of the condition, as well as the invention of new testing for other disorder and diseases that could mimic ADHD leading to a false diagnosis, have improved the accuracy of ADHD diagnosis.

How is ADHD Currently Diagnosed

Diagnosing ADD and ADHD is a complicated process that should only be done by knowledgeable, trained medical professionals. The process for diagnosing Attention Deficit Disorders requires several meetings with a psychiatric professional which usually start with a referral from your primary care physician or pediatrician.

Once you meet with a psychologist, psychiatrist, or psychotherapist, they will begin the process of completing extensive interviews with the patient, teachers, parents, and physicians to get a complete overview of the behaviors being exhibited; followed by third party observations, and completing a behavioral and symptom rating analysis.

In addition to the procedures listed above your mental health professional will also need a comprehensive medical and behavioral history to accurately weed out other potential diseases and disorders that may have the same or similar symptoms.

After all of the above steps have been completed there is further neuropsychological, and psychoeducational testing that can be performed to provide a better understanding of the patient’s real brain makeup and differences in order to provide direction as to the proper treatment strategy.

Current medical treatments for ADHD include both medication that treats symptoms attributed to brain functionality issues and therapy sessions to retrain inappropriate behavior while dealing with daily thoughts and teaching coping techniques.

In addition to working on coping techniques, therapy sessions for the emotional aspects of the disorder are recommended to provide the patient with an outlet and guidance for the emotional fallout such as guilt, shame, failure, and chronic stress, that ADHD triggers in individuals who battle the disorder.

Although there are many different types of medication used for treating ADHD, the most commonly prescribed medications are considered stimulation drugs that include; Dexedrine, Ritalin, Adderall, Adderall XR, Focalin XR, Vyvanse, and Concerta. All of these drugs need to be diligently monitored both at home and by the prescribing Psychologist; to monitor severe side-effects, mood changes, and possible substance abuse issues.

ADHD can be a lifelong battle that stems from childhood. However, by spotting the signs early and following-up with regular psychiatric sessions, proper medication, and a solid support group at home as well as through independent organizations, this disorder is manageable.